At a glance, Ryan Chrys & The Rough Cuts are a 4-piece touring band that shares male and female leads in a mix of old school country and rock n roll. Call it western outlaw, modern outlaw country, or just plain outlaw.

Ryan Chrys & The Rough Cuts bring forth new energy to music fans who love the heroes and outlaws of old. Influenced by the songs and personalities of legends like Waylon and Willie, they drive their sound with blazing guitars and a rock n roll attitude.  The band pays respect to classic styles, but anyone can tell from their overdriven sound that they’re far from traditionalists. Recommended for lovers of both classic country and 70’s rock n roll. 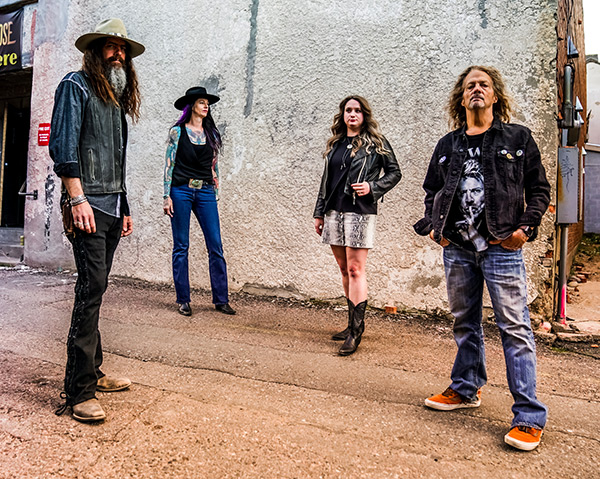 “Entertainer of the Year, 2018”
– Colorado Country Music Hall of Fame

“Ryan Chrys and his band embrace the attitude of outlaw country to produce an outstanding example of this fading genre. Western Abyss is an entertaining and unexpected winner.”
– Country Music People (cmpcountry.com)

“I can see it being on the soundtrack to a new age Western! Isn’t the Netflix original “The Ranch” based in Colorado and known for having some damn good music for their soundtrack? Netflix, y’all should look up Ryan Chrys & the Rough Cuts, just sayin. …. This album (Western Abyss) is something you need in your life. Ryan Chrys & the Rough Cuts are straight country and western with a rock n’ roll flair. Their shows with Shooter Jennings and Jason Boland & the Stragglers, along with their Ameripolitan award nomination, show that this band is doing it right.”
– Hillbilly Hippie Music Review

“Ryan Chrys’ career as a Colorado musician has mostly been in the background of bands, until the guitar solo. He is a guitarist’s guitarist, a country rock ax man. …he’s branched out on his own with A Lick and a Promise, an impressive album of country rock songs..”
– The Denver Post

The band regularly donates performances to charities, non-profits and causes that they believe in. Below are some of the organizations they have worked with and performed for: